Nausea treatment is aimed at reducing the discomfort from nausea and of vomiting. Patients are advised to eat small amounts of solid foods, maintaining low sugar intake and minimising fat. Ingesting ice cold water has also assisted patients suffering from nausea. Over the counter nausea treatment is available as well as antiemetic medication.

Anti- Nausea Medication : An antiemetic is a drug that is helpful in managing symptoms of nausea and vomiting.  Antiemetics are oftentimes used to treat motion sickness. Antiemetics also are good for controlling the side effects from general anaesthetics and chemo side effects.

Nausea and Vomiting (N&V) are part of an essential physical process which helps the body protect itself from ingesting what could be potentially harmful.  In a disease state however, there can be a level of hypersensitivity with the reflex which then leads to a prolonged emesis as well as concomitant nausea. Nausea and vomiting is often associated with the chemotherapy drugs and the side effects that go along with their use. The body will usually identify these chemotherapy drugs as toxic. 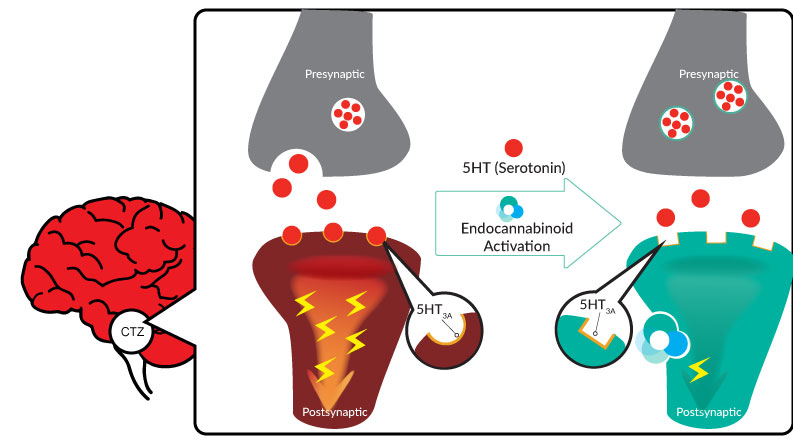 This image is a simplification for website aesthetics only.

For more information please refer to the clinical studies referenced below.

Nausea & Vomiting
1 In response to a noxious stimulus specific neurotransmitters are released in the Chemoreceptor Trigger Zone (CTZ), one of which is serotonin. Serotonin binds to the 5HT3A receptor at the CTZ and initiates an emetic response.

2 Cannabidiol is an allosteric inhibitor of the 5HT3A receptor meaning that its binding causes a conformational change which, in turn reduces the ability of serotonin to bind to the CTZ and cause emesis. 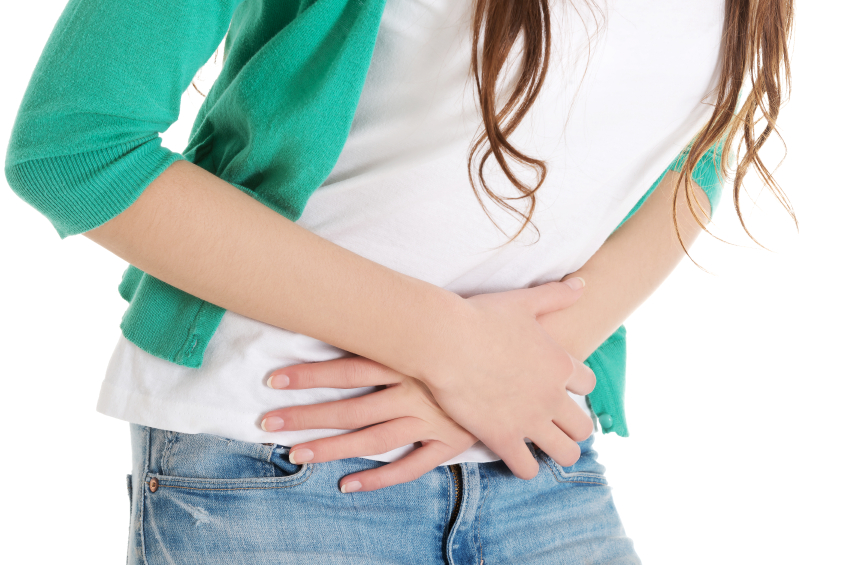 Many medications are responsible for making a patient queasy. Other causes include:

Nausea is identified as a pronounced stomach discomfort alongside the sensation of wanting to vomit.  Nausea is often a precursor to vomiting out the contents of the stomach due to irritation or toxic overload. Nausea has numerous causes and can often be prevented