If you are looking for a cannabinoid medicine that you can obtain legally within Australia and seek the very best quality – you won’t find what we offer anywhere else. Cannabinoids do in fact have to be extracted from the Cannabis plant. Thus, anyone can claim they have a medical cannabis extraction, or a cannabinoid medicine if they are in the business of selling cannabis oil. But to call a product a “medicine” it should adequately represent what a drug needs to be. You will find the word cannabinoid “medicine” and its use over the web is loose and under-regulated. In fact, the term Cannabis Oil or Hemp Oil is widely misunderstood by the populous. One will find there are a large number of cannabinoid pedlars, but only a minor portion of them are in fact up to the standards of natural medicine. Yes, there is a difference. There are many other compounds lingering on the cannabis plant, and many with the potential to harm an already ill patient. This is why trust and integrity are limited when we speak of “medical cannabis oil” purchased online. Cannabis oil as a term was made popular when news was published regarding an extraction made famous by Rick Simpson. A pioneer in the medical cannabis field, Rick Simpson made news of CBD (Cannabidiol) and its medicinal properties almost mainstream.

Crude cannabis is often sold on the web illegally, posing as pharmaceutical grade cannabis oil. Crude cannabis distributors will aim to fool patients into believing that so long as their cannabis oil has undergone CO2 extraction, which keeps them on par with the purity provided by pharmaceutical-grade CBD oil. Crude oil doesn’t and won’t provide the level of potency and purity necessary to provide the full spectrum of benefit desired through EDS activation.

CBD is a very powerful constituent of the Cannabis plant. CBD or Cannabidiol is one of the cannabinoids found within cannabis to have great success treating some of the life’s most deadliest diseases.  Clinical studies can be reviewed, and will indicate a variety of benefits from minimising seizure activity in those with epilepsy, to reducing the number of cancer cells in a malignant tumour. 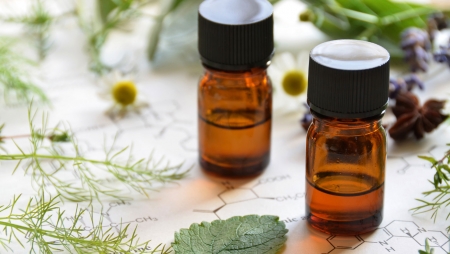 Cannabis oil is fast becoming the medicine and lifestyle supplement of choice for those suffering the plight of autoimmune and central nervous system disease. The word cannabis oil has been used loosely throughout media and on the web. It is a broad term which could ultimately describe any oil extracted from the cannabis plant.

Ultimately this is for your health benefit.

Patients considering cannabinoid medicine to treat their medical condition should be wary when reviewing cannabis oil products. There will be varying degrees of separation in one cannabis oil versus another. Some cannabis oil is an extraction of all cannabinoids, terpenoids and flavonoids. Other cannabis oil may have isolated one particular constituent such as that of CBD. CBD oil which is also known as cannabis oil or CBD hemp oil is also available in varying degrees of quality and potency. What you as the patient will need to realise is there is no comparison when you are taking cannabis oil to improve your health.  Pharmaceutical grade cannabis oil is superior.The endocannabinoid system consist of 2 receptors namely CB1 and CB2 located in the central nervous systems and peripheral tissue respectively. Cannabidiol (CBD) has a very low affinity for both receptors and its exact mechanism of action at each site is still not fully understood. Conversely delta-9-terahydrocannbinol (THC) has a high affinity for both CB1 and CB2 receptors such that the entire endocannabinoid system is up-regulated.

The entourage effect describes the synergistic manner in which two or more cannabinoids work together to stimulate the endocannabinoid system in order to maintain homeostasis. Consequently, while the concentration of THC is low (less than 2 %), it is crucial to ensure product efficacy.