Fibromyalgia treatment much like treatments for any and all disease, often starts with the management of symptoms. With fibromyalgia, the symptoms create a string of tender points along the body. Coupling this with extreme fatigue and an inability to sleep and you have a concoction for a drastically poor quality of life riddled with pain and discomfort.

Fibromyalgia is characterised by musculoskeletal pain. Therefore fibromyalgia treatment focuses highly on relieving the pain in those who suffer from it. Often fibromyalgia treatment is a case of trial and error. What works for one patient, may not always work for another. Suffering from the chronic pain of fibromyalgia places a lot of unnecessary stress on the patient. Along with pain, they will experience bouts of insomnia, depression and hopelessness. Identifying the treatment that works, can take time and patience.

Medication for the treatment of Fibromyalgia

Non-pharmacological treatments for fibromyalgia focus on a number of more “holistic” or “alternative health” remedies. This by no means minimises the proposed therapeutic value of these treatments.

The prevalence of Fibromyalgia goes up as a person ages, yet 80-90% of all cases are women. The symptoms are known to worsen with persistence as it progresses, and it is exacerbated by the weather, illness and stress. One cannabinoid profile that is well suited for  Fibromyalgia patients has been identified as CBD. It is suggested patients obtain CBD oil.

Synergistically coupling a CBD-rich oil with one that contains Low-THC, there is additional relief provided to patients.

According to a report conducted by the National Pain Foundation and National Pain Report, medical cannabis has been rated as one of the most effective treatment in reducing pain from Fibromyalgia.

When asked about the effectiveness of  Cymbalta (Duloxetine), 60% of those who tried the medication stated that it did not work for them, while 8% reported it to be very effective. 32% said Cymbalta helped slightly.

Of those in the study who tried Pfizer’s Lyrica (Pregabalin), a whopping 61% indicated that there was no relief. 10% reported Lyrica to be very effective while 29% said it helped slightly.

Rating Forest Laboratories’ Savella (Milnacipran), 68% of those trailing the drug stated that it didn’t work. 10% reported that it was very efficient, and 22% reported slight relief.

Comparing the study findings against those who had tried medical cannabis for their fibromyalgia symptoms 62% said it was very effective. Another 33% said it helped slightly while only 5% reported no relief. 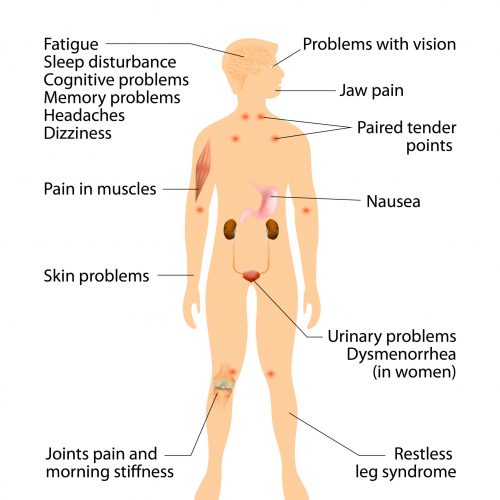 The causes of fibromyalgia are unknown, but there are probably a number of factors involved. Many people associate the development of fibromyalgia with traumatic event. This includes a physically or emotionally stressful situation, or event such as that which occurs in an car accident. Some believe fibromyalgia is connected in some way to the repetition of injuries. Others blame underlying illness, and there are some that think it just appears spontaneously. Research is taking place to identify the true cause of  Fibromyalgia and how the Central nervous system contributes in its processing of pain.

Some scientists have speculated that the regulation of how a person processes painful stimuli is independently governed by the unique genes of each person. According to this theory, those diagnosed with fibromyalgia may have a gene or genes present that cause a strong reaction to stimuli. Those without such genes, do not perceive the pain in the same way. There have already been several genes identified that occur more commonly in fibromyalgia patients. Other possibilities are being studied by NIAMS-supported researchers.