The pain associated with arthritis is a true menace and unfortunately only gets worse for wear, particularly in the colder months. Patients have a number of options for arthritis treatment which are  in the form of medication. These may alleviate symptoms, though side effects must be noted for suitability.

Medications for the treatment of Arthritis

Typical side effects of Arthritis Medication

The Endocannabinoid System (ECS) is a modulatory system in the body, ensuring homeostasis in many of the bodies natural functions. The ECS has been shown to mediate both the inflammatory cascade as well as the bone remodelling cycle.

Bone remodelling is the essential process by which bone is remodelled and repaired. Various hormones, peptides and cytokines coordinate this regularly occurring process. The key cells involved in bone remodelling are Osteoclasts, osteoblasts and osteocytes. These cells all also express CB2 receptors suggesting the ECS plays an important modulatory role.

The ECS has been implicated in maintaining homoeostasis in some ways, specifically:

The inflammatory reaction inside the joint causes a release of noxious stimuli and inflammatory mediators, leading to pain and loss of mobility.

Activation of the ECS has been shown to reduce pain signals in both the peripheral and central nervous system. The precise mechanism of action is thought to be through the excitation of the descending antinociceptive pathway as well as inhibition of painful inflammatory mediators.

The endocannabinoid system shows great promise to treat both the underlying cause of osteoarthritis as well as provide symptomatic relief from pain and inflammation.

In a 2005 study, THC and CBD (cannabidiol) were found to produce notable improvements in pain, quality of sleep, and to reduce disease activity in patients with rheumatoid arthritis. Both these compounds are among the cannabinoids naturally occurring in medical cannabis. In 2000, researchers found that CBD (cannabidiol) “effectively blocked progression of arthritis” in animal trials.

Although both these studies involve cannabinoids administered as drugs isolated from the cannabis plant, medicinal use of cannabis by vaporizing, or eating, may be a better delivery method for the same potent analgesics and anti-inflammatories. 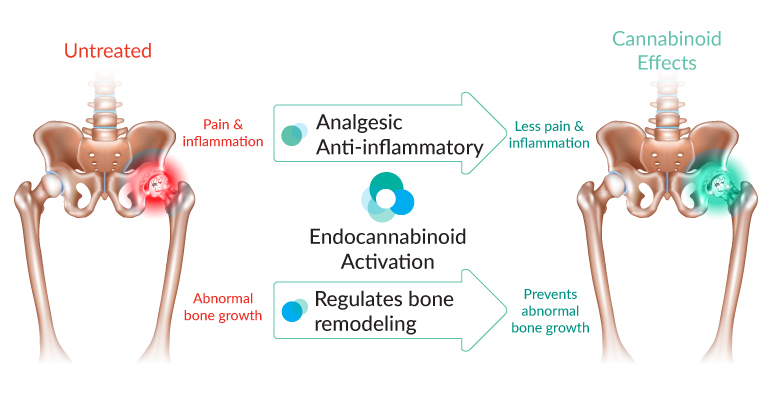 Of persons with arthritis, more than half (55.9%) had osteoarthritis, 13.6% had rheumatoid arthritis, and 37.3% had a type of arthritis that was unspecified. 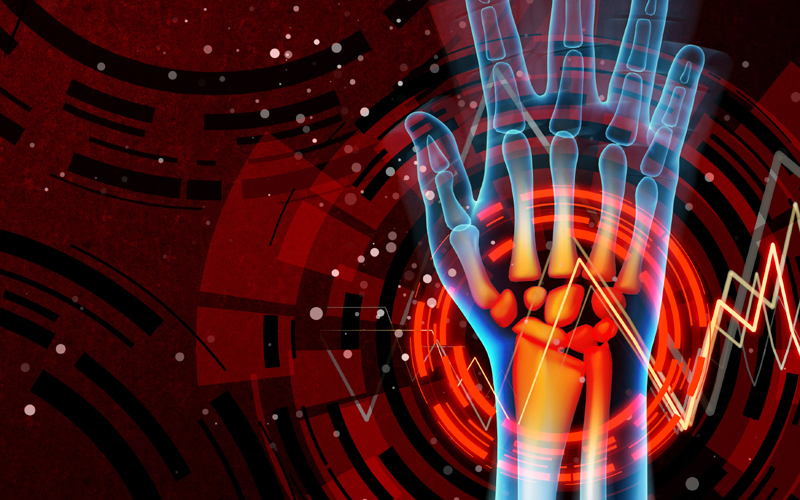 Arthritis is not one single disease. It is a term that covers a large number of medical conditions related to the musculoskeletal system and the joints where two or more bones meet. Arthritis is indicated by pain and stiffness caused by inflammation within the joint cartilage and surrounding structures. Arthritis can interfere with ones mobility. Patient’s experience pain and weakness in the joints, making them unstable on foot,  this with the simplest of daily tasks. Though there are over 100 forms of arthritis, there are 3 that are of great significance accounting for 95% of cases diagnosed in Australia: